Skip to content
Certainly, the Credit Crunch had a profound global devastating impact on many countries when they started to experience long and deep recessions. The austerity measures imposed by the European Union and the national governments put many economies under a stress test. For example, in the United Kingdom, the legislative and regulatory review shook up the financial services sector in order to prevent a new widespread crisis. First of all, the Banking Act 2009 improved the resilience of the financial system by supporting its stability while protecting consumers and assisting banks in difficulty. This law also required the Ministry of the Treasury to indicate how it would react in the event of a future financial crisis. It was a kind of Memorandum of understanding between the Treasury Department, the Bank of England and the Financial Services Authority regarding the details of crisis management measures to be undertaken. Secondly, the financial market supervision regime underwent a transformation. Following fierce criticism of the Financial Services Authority (FSA), founded in 1997, which had failed to prevent banks from taking excessive risks, the United Kingdom launched a review of the regulatory framework led by the Conservative and Liberal parties in the government coalition. The Financial Services Act 2012 defined a new framework for financial services, dividing supervisory responsibility between two authorities with different but complementary objectives. As a result, on April 1, 2013, the Financial Services Authority (FSA) was abolished and replaced by two new and separate authorities: By joining the “twin-peaks model”, the responsibility of two new authorities was to separate the supervision of financial services from the supervision of consumer protection. The results of these changes have been manifested in a more prominent regulatory regime that is able to rigorously control financial services sector. Switzerland responded to the financial crisis with the Federal Act on the Swiss Financial Market Supervisory Authority of June 22, 2007 (FINMA Act). Legislative approaches strengthened the regulatory framework against money laundering procedures; for this reason, the financial markets are among the most heavily regulated sectors of the Swiss economy. Since January 1st, 2009, the Swiss Financial Market Supervisory Authority (FINMA) has embodied the “unitary regulatory model” (where there is a single regulator). Its extensive powers over banks, insurance companies, stock exchanges, securities dealers and collective investment schemes have been based on the FINMA Act and various financial market laws specific for the respective industry such as

Statutory provisions are also detailed in ordinances issued by the Federal Council and FINMA ordinances:

It is important to note that Switzerland’s legal framework for Anti-Money Laundering (AML) and Countering Financing of Terrorism (CFT) was amended by the so-called “FATF Law” on December 12, 2014, to bring it into line with the revised Recommendations of 2012-20. FINMA has attached great importance to preserve integrity and stability of the financial system by ensuring its proper functioning and playing a decisive role in the fight against financial crime. FINMA maintains a permanent dialogue with international organisations and professional associations such as the Swiss Bankers Association. At the international level, FINMA represents Switzerland’s interests during international cooperation initiatives such as international agreements which enhance cooperation between supervisory authorities. FINMA has entered into cooperation agreements with the foreign supervisory authorities in Austria, Belgium, Estonia, France, Germany, Guernsey, Hong Kong, Jersey, Liechtenstein, Luxembourg, Malta, Netherlands, Sweden, United Kingdom (art. 120 para. 2 let. e CISA). The objective of these agreements is to provide a framework for the exchange of information and cooperation between the supervisory authorities. International cooperation is particularly important for Switzerland, given the amount of foreign capital in the Swiss financial system and the significant risk of money laundering related to offences committed outside Switzerland. According to the available statistics, most cooperation related to Money Laundering is primarily undertaken with neighboring countries such as Germany, France, Italy and Liechtenstein, as well as other countries such as Belgium, Spain, UK, Brazil and the US. Finally, it is possible to conclude that different regulatory approaches have been adopted in the UK with a twin-peaks model and in Switzerland with a single regulator; it mainly depends on the nation’s economic size and the nation’s history related to the financial markets.  In Switzerland, FINMA has become a practical choice associated with higher quality of supervision and higher consistency of regulation across the financial sector. With a single regulatory body, there is clarity of functions, more efficiency in allocating resources and a good sharing of the information. A single regulator’s position allows it to look across the entire financial industry and devote regulatory resources (both human as well as financial) to where they are most needed. 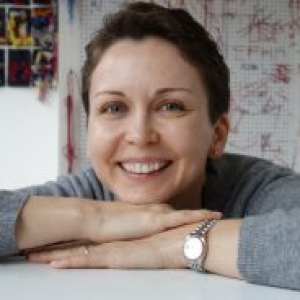